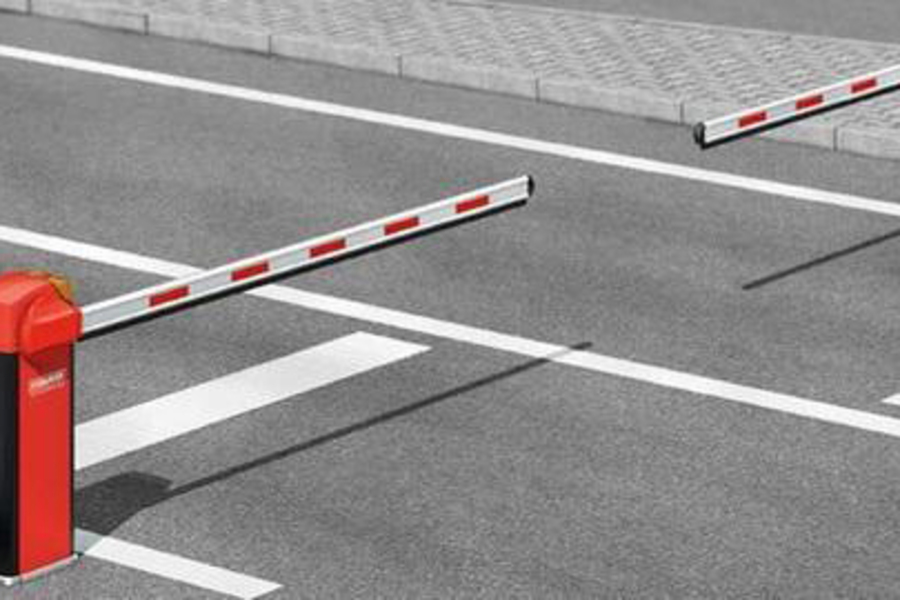 Controlling the road traffic or taking toll from the travelers or the vehicles were there for at least the last 2,700 years. We can get the reference from the descriptions of Aristotle and Pliny about such ancient road management system, where most of those were not freely open to travel.

This tradition has come a long way to the 21st century, where today boom barriers have been used for such purpose. It is basically a bar, or pole pivoted to allow the boom to block vehicle or pedestrian access through a controlled point.

In defense areas, border area or law enforcement establishment it is very important to control the vehicle or traveler in order to safeguard the area or restrict the intrusion .Here boom barrier plays a very crucial role and placed at the border areas, defense area entry point, drawbridges, parking facilities, checkpoints and entrances to restricted areas.

Apart from this they are used for controlling the passages through toll booths, freeway entrance ramps that are automatically controlled to restrict traffic for any accident cleanup or road closures.

Toll roads or turnpike or toll way, is like a controlled-access highway in where a toll is assessed for passage. It is basically a road toll system to recoup the costs of road construction and maintenance.including metal, stone, cement, or plastic.

Bollards are being installed to control road traffic, mainly prevent automotive vehicle collision, guiding traffic away from pedestrians and property. It is one crucial part for the building perimeter planning for engineers as part of their security plans. Greater vehicle activity can make an area prone to accident. Higher speeds tend to reduce driver reaction times and in turn increases vehicle momentum, thus increases the damage potential.

The advanced crash- or k-rated bollards are being used to protect against criminal attacks. Vehicle ram-raids are a big concern, where to gain access the thieves crash a vehicle directly into a building that threatens the safety of employees and customers. The damage can be fatal if the building is occupied. The terrorist attacks can happen to government or financial buildings, or buildings that accommodate a large number of people  The use of explosives or vehicle ramming attacks are common methods for this where we need this crash rated bollards .

It acts like the tip of it rises in a vertical arc to a near vertical position. These are often counterweighted, with the pole. These are generally paired either end to end, or offset appropriately in order to block traffic in both directions.

Few types of boom barriers have a second arm which hangs 300 to 400 mm below the upper arm.

There can be numerous extras which can increase the functionality of the barriers. Adding the illumination elements to the barrier and expansion sets that increase the boom visibility. There can be spaces for road signs. The barrier prevents the climb-over. It grants the access or prevents the pedestrians. The advanced bending and folding booms solves the issue of insufficient space for a rigid boom.

Some Boom barriers having the pivot roughly half way. In this case where as the barrier is raised, the outermost half remains horizontal.

Different types are available such as hydraulic- electromechanical and manual boom barriers. They are very simple in case of installation. But they allow an efficient access regulation. For an automatic boom barrier different technologies are being used.

These are manufactured with utmost care by using finest material according to the norms. It is basically a bar or pole to block the access of vehicle through a controlled point.

It is being designed as a safety barrier to prevent unauthorized vehicles from entering restricted areas .It has raised loading docks and elevated regions to prevent fall accident off the ledge.